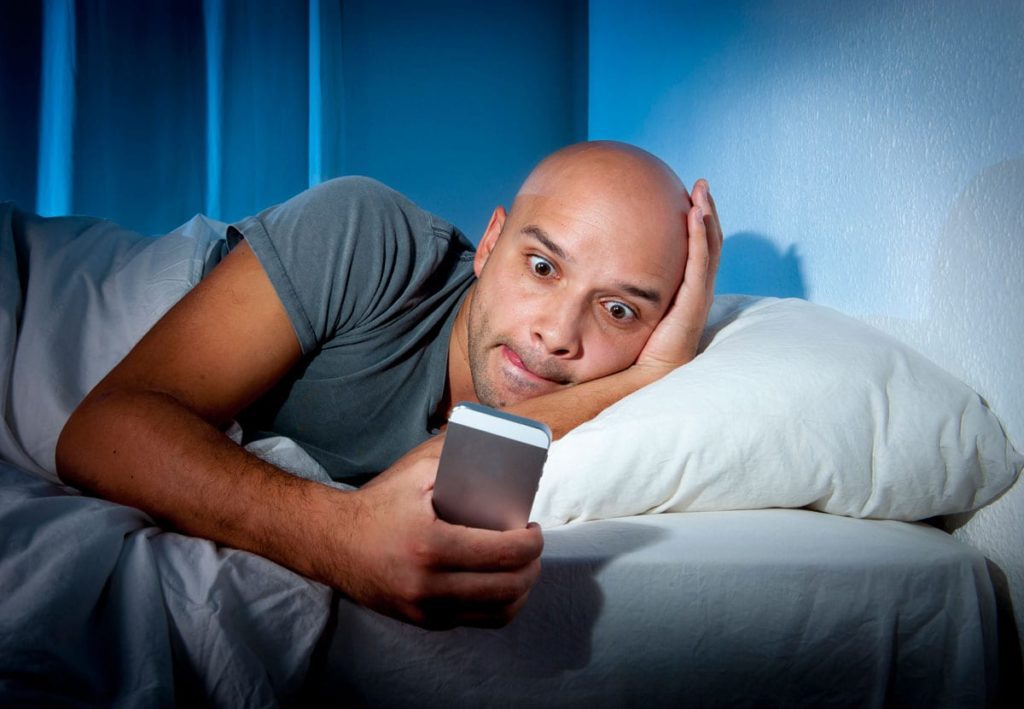 For those people who hit the snooze button three or four times before really waking up for the day, this might seem like a luxury problem. But the many people who wake long before it’s actually time to rise, and struggle to fall back to sleep, know otherwise.

Waking too early is an incredibly frustrating sleep issue. It can deprive you of the sleep you need, throw your sleep cycle off kilter, and cause a lot of stress.

Are you one of the millions of people who often wakes at three or four a.m. and struggles to fall back to sleep? There are several possible reasons why this might be happening. Let’s look at 5 of the most common ones—and at ways to address this particular sleep problem.

Many of my patients think of insomnia as first and foremost an inability to fall asleep at bedtime. While it’s true that people with insomnia frequently do have problems falling asleep at night, that’s not the only form of insomnia out there.

Insomnia has not just one, but several symptoms:

People with insomnia can experience several of these symptoms at once. That’s to say, you might have trouble falling asleep sometimes, and other times wake very early, while also waking frequently throughout the night.

Concentrated difficulty with nodding off at night is what sleep experts call sleep onset insomnia.

Difficulty staying asleep for a full night—whether that means waking up during the middle of the night or very early in the morning—is what’s known as sleep maintenance insomnia.

While sleep onset insomnia tends to be more common in younger adults, sleep maintenance insomnia occurs more frequently in middle aged and older adults. Think back to your young adulthood. You can probably recall times when you were wired at night and unable to fall asleep at bedtime, even when you also felt tired and needed to get up for school or work.

Some of my middle-aged and older patients still have difficulty falling asleep. But many more struggle to get a full night of sleep uninterrupted by periods of wakefulness. And a lot of my middle aged and older adult patients—particularly women—struggle with regularly waking too early in the morning.

If you’re waking up early and not getting enough high-quality sleep to function at your best during the day, that’s affecting everything you do. My online sleep course gives you the tools you need to fall asleep on a consistent schedule and wake feeling more rested and refreshed. You can sign up here!

Sleeping in an environment that’s both protected against sound and light, so you’re less apt to be awakened by external stimuli in the early morning.

Limiting or avoiding alcohol. Alcohol acts as both a depressant and a stimulant. Alcohol’s stimulant effects kick in later in the metabolizing process, so drinking close to bedtime can increase the chances you’ll fall asleep quickly, but wake very early in the morning.

Avoiding other stimulants. Caffeine (not only in coffee but in soda, tea and chocolate) consumed late in the day can disrupt your sleep cycle. Other stimulants, such as nicotine, can also interfere with your ability to get a full night’s sleep.

Don’t drink too much of anything near to bedtime. Consuming too much liquid near to bedtime increases the chances you’ll need to stumble to the bathroom at 3 a.m. and might not make it back to sleep afterward.

If waking very early or other symptoms of insomnia last for more than a month, bring them to the attention of your doctor.

You have sleep apnea.

Sleep apnea has many symptoms, including loud and chronic snoring, morning headaches, high blood pressure, excessive daytime fatigue, and difficulty waking up in the morning. Waking very early in the morning can also be a sign of sleep apnea. Episodes of apnea—the temporary interruptions to breathing that’s the hallmark of the disorder—can occur in every stage of sleep. But sleep apnea episodes may be worst during REM sleep, when the body’s major muscle groups are temporarily immobilized and muscle tone is weakest. In some people, sleep apnea only occurs during REM sleep. REM sleep is concentrated more heavily in the last half of the night, which means people with sleep apnea may be more likely to be awakened in the very early morning as a result of their sleep-disordered breathing.

You’re stressed out and anxious.

Stress is a state of arousal, with complex effects on sleep, including the ability to fall asleep and to sleep throughout a full night. Think about what happens to your body when you’re stressed or anxious. Your heart rate increases. Your mind races. Your body temperature rises. Stress activates areas of the brain that make you more alert. It also elevates production of hormones, including cortisol, that interfere with and disrupt normal sleep-wake cycles.

Both chronic and acute stress and anxiety can cause you to wake early in the morning. If you’ve had the experience of waking suddenly, very early in the morning, feeling wide awake and immediately alert, your mind shifting immediately into high gear, that’s a key sign of the body’s stress response interfering with your ability to sleep for a full night.

Depression, too, often causes people to wake early in the morning. Depression is strongly linked to disruptions to circadian rhythms, which regulate our daily cycles of sleep and wakefulness. People with depression commonly have trouble sleeping at times set aside for sleep, and also feel a drive to sleep when they need to be awake, alert, and functioning.

And brand-new research has pinpointed for the first time the specific relationship between areas of the brain associated with memory, sense of self, and negative emotions, and sleep. The stimulation of these parts of the brain in people with depression creates emotionally-charged, difficult-to-control negative thought patterns—what psychologists and others call “ruminations”—that result in poor sleep and symptoms of insomnia, including waking very early in the morning.

When it comes to managing stress and sleep, I often remind my patients that it takes all day to create a sleep problem at night. If you ignore your stress all day long, you can’t expect it to magically disappear at bedtime, allowing you to sleep soundly until morning. In addition to the standard sleep hygiene practices, relaxation exercises, mindfulness meditation, and mind-body exercise all can help reduce your stress throughout the day, and in the evenings before bedtime. Many of the natural supplements that help sleep also are beneficial for stress and anxiety, including magnolia bark, magnesium, CBD and others.

It’s important to bring symptoms of anxiety and depression to your doctor’s attention. If you’re feeling overwhelmed, despondent, or in crisis, don’t try to go it alone. Tell a friend or a family member, or contact the National Suicide Prevention Lifeline at 1-800-273-8255 or text 741-741 for the Crisis Text Line. If you are in danger of acting on suicidal thoughts, call 911.

You’re going to bed too early.

Especially as people get older and life remains hectic and full, a lot of us like to retreat to bed earlier and earlier. (I’m a night owl and a Wolf, through and through, so this isn’t me—but it does describe many of my patients and friends.)

Here’s the thing: your individual sleep needs and preferences are largely set by your genes and your unique circadian biology. Most of us need somewhere in the range of 7-9 hours of sleep a night, some a little more and others a little less. If your body needs 7 hours of sleep a night and your head is hitting the pillow at 9 p.m., that puts you on track to wake naturally in the 4 a.m. hour.

This can be a particular issue for early chronotypes, starting especially in middle age. These naturally early risers are the chronotypes I call Lions in my book, The Power of When. Lions, especially as they get older, often find themselves really tempted to pull their bedtimes back very early in the evening. Lions are the folks who tend to wonder out loud what could possibly be going on that’s worth staying up past 9 p.m.

If this early-to-bed, early-to-rise schedule fits your life, there’s absolutely nothing wrong with it, so long as you’re getting the sleep you need and you don’t mind being awake for a couple of hours when most everyone else in your world is still slumbering.

But if waking very early bothers you, or if you’re missing out on things you want to do after sundown, your very early bedtime may be allowing you too much time for sleep and causing those extremely early mornings. Gradually shift your bedtime later, in 15 or 30-minute increments, until you’re waking at the time that’s right for you, while still getting the full amount of sleep you require to function at your best during the day.

Your sleep cycle is changing with age.

While our chronotypes generally remain stable for large portions of our lives, they do change. Most of us are Wolves in young adulthood, many of us become Bears in middle-age, and quite a few of us shift to Lions as we get older.

There are well-documented changes to the biology of our sleep that happen with age. Circadian rhythms tend to shift to an earlier phase (that’s the move that many people make to the Lion chronotype). The degree of that shift is different for everyone. Older adults who experience a significant shift to an earlier sleep schedule may be experiencing advanced sleep phase disorder, when the shift in circadian rhythms puts the sleeper at odds with social time, such as needing to go to bed at 7 p.m. or rising at 3 a.m.

Older adults face other sleep challenges that can cause them to wake very early in the morning. As we age, we tend to spend less time in the deeper stages of sleep, which makes us more prone to being awakened by light, noise and activity. Older adults are also at greater risk for sleep disorders, including insomnia and sleep apnea. And the overall strength of the body’s circadian sleep signaling—the messages the body sends itself about when it’s time to sleep and when it’s time to be awake—tend to weaken with age. That can result in more fragmented, less consolidated sleep during the night, waking early, and feeling a desire to nap during the day.

If waking too early is interfering with your sleep and daily performance, don’t ignore the problem. Identifying what’s behind your tendency to wake up before you’re ready can help you fix the issue and get back to sleeping the whole night through.

Looking for a Mood Lift? Stick to a Regular Sleep Schedule 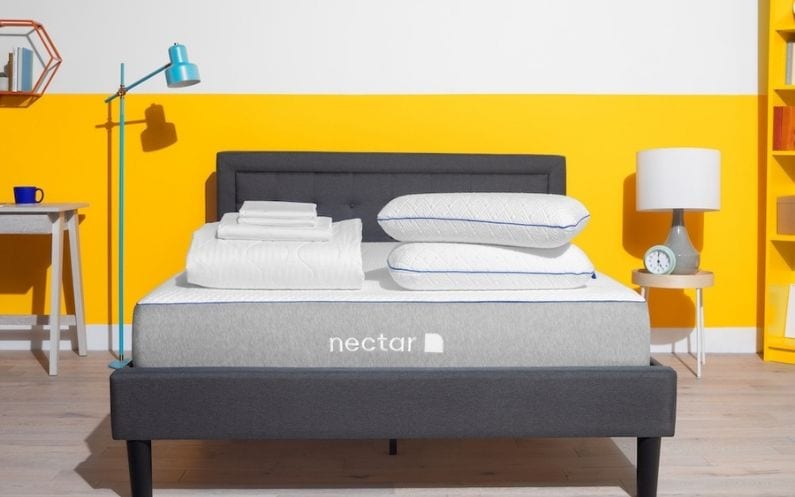 Spring Into Better Sleep with Adjustable Bases for All