It might surprise you to learn that there’s also a very significant economic benefit to pushing school start times later. A first-of-its-kind study by the RAND Corporation and RAND Europe has found that moving school start times to 8:30 a.m. could contribute a whopping 83 billion dollars to the U.S. economy within a single decade. You read that right—that’s an average of $9.3 billion dollars annually, thanks to a later start time for middle and high-schools.

Do you have kids who’ve recently gone back to school? I do. My son just started 10th grade and my daughter just started 9th grade, and in our household, we’re still in transition mode as we adjust to the weekday school schedule. The morning rise and launch to meet an early school start time can be tough on families—both parents and children.

As any parent who’s had to shuffle a groggy teen to a 7:30 a.m. first bell knows, early school mornings are especially hard for teens. That’s because of biological changes that shift adolescents’ sleep-wake cycles to later in the day. Yep, it’s biology that’s keeping your kids up late at night and making them slower to wake and be alert in the early morning.

The reality for most middle and high-school kids is that their school start times are poorly aligned with their biological clocks. This does more than make for difficult mornings at home. Early school start times mean less sleep for teens, which can translate into trouble with academic performance, emotional and behavioral problems, health and safety risks.

The RAND investigators conducted a state-by-state analysis among 47 states of the economic impact of moving school start times to 8:30 a.m. Both the American Academy of Pediatrics and the American Medical Association recommend that middle and high school students start school no earlier than 8:30 in the morning, because of the timing of students’ biological clocks.

Later school start times have captured increasing interest in recent years. There are communities across the United States who have implemented delays to the school day or are considering it, including a recent bill in the California legislature.

Why haven’t more states, communities, and schools embraced the idea of a later school start time? One big reason is cost. There are upfront costs associated with switching the school day to a later time, including:
• Changes to busing schedules
• Re-scheduling of after-school activities to later in the afternoon and evening
• Lighting of outdoor school areas for later practices and games

Where do these economic gains come from?

Higher graduation rates, leading to better jobs. Other research has shown that one additional hour of sleep increases the probability of high-school graduation by more than 13 percent, and college attendance by more than 9 percent. Better educated, students can secure better jobs and make a greater contribution to the economy.

Reduction in car accident rates among teenagers. An estimated 20 percent of fatal car accidents involve sleepiness and fatigue. Car accidents account for one-third of all deaths among teens. In addition to the tragic loss of life, the disappearance of teenagers from the future labor force has a measureable, negative effect on the economy.

The RAND study found that the economic gains arrive pretty quickly: within just two years, the national economy could see more than $8 billion in gains. And the economic boost could grow with time: at the 15-year mark, the economy could gain a projected total of $140 billion by using an 8:30 a.m. start time for middle and high-school students.

The dollar figures arrived at in this study are likely conservative, by the researchers’ own estimation. That’s because analysts only looked at academic performance and motor-vehicle fatality rates. They did not consider other factors associated with early school start times and insufficient sleep among teenagers, including mental health issues such as depression and physical health problems such as obesity and future heart disease. Sleep deprivation contributes to these problems in adolescents and these issues bring about significant costs to the economy—costs that could be lowered by moving school start times later.

Why teens are night owls
Teens aren’t biologically built to get the amount of sleep they need and make the early school start times that are common in U.S. middle and high schools. How come?

With puberty comes a biologically driven change to the timing of sleep. Sleep is regulated by circadian rhythms, which operate on a 24-hour cycle, driven by the body’s biological clock. In adolescence, that clock shifts by as much as three hours to a later cycle. The rise of the sleep hormone melatonin is delayed later into the evening and extends later into the morning. The result? Teens feel alert well into the night and sleepy in the morning. When you’re yawning at 9 p.m., your teen feels like it’s about six o’clock. For a teen, waking for school at 6:30 is akin to an adult needing to rise at 3:30 a.m.

Pulling back bedtime can be difficult to do successfully. Teenagers have a lot going on, with school, after-school commitments, family and friends. And they are biologically hard-wired to be awake at night.

Improved academic performance. Shifting school start time by one hour has been shown to improve attention, and to elevate standardized test scores in both math and reading. School start delays have also been linked to better grades in English, math, science, and social studies. The positive impact to student performance from a one-hour school start delay has been shown equivalent to having a top-ranked teacher, or to reducing class size by one third.

Reduced risk of car accidents. Research shows a drop in teen car accident rates when school starts later. One found that a one-hour delay to school start times was associated with a more than 16 percent decrease in teen car crash rates in a large, county-wide school district.

There’s promising evidence on the ground that delaying the school day works to improves students’ lives—and parents’ lives, too. One school district in New York made the change recently, and within the first year found students more rested and alert, sleeping more, and having time to eat breakfast in the morning. Both parents and kids said they now experience much less stressful mornings.

The risks of short sleep for teens

Teens are especially vulnerable to sleep deprivation. Adolescents need between 8-10 hours of sleep each night to meet their needs and to perform at their best during the day. With an early start to the school day, most teens aren’t getting that much nightly rest.

To be sure, there are other factors that contribute to teens not getting enough sleep, including demands of homework, extracurricular commitments, and social activities. But the mismatch of their biology with their early school start times is a powerful contributor to sleep debt in teens.

A few thoughts about sleep debt for teenagers: It’s common for children to develop inconsistent sleep schedules during adolescence. Up late at night and up early during the school week, many teens sleep late on weekends, as a way to recover from the sleep debt they’ve accrued. But sleeping late on weekends only reinforces and enhances the delay in their biological clock, and makes it more difficult for them to fall asleep at during the school week. This erratic sleep schedule puts teens in a vicious cycle, in which they spend the week coping with a growing sleep debt. By the weekend they’re exhausted and ready to sleep in—and the cycle begins all over again.

Sleep is essential to healthy brain development—and the teenage brain is still developing. The brain’s pre-frontal cortex—which deals with attention, memory, decision-making, emotional regulation, and learning—undergoes significant maturation adolescence. This part of the brain is especially sensitive to the effects of sleep deprivation.

Lack of sleep, poor sleep quality and irregular sleep patterns are associated with negative consequences for nearly every aspect of adolescents’ lives. In teenagers, sleep problems are linked to:

Behavioral problems, including aggressiveness, social withdrawal, and risky behaviors such as smoking, drinking, and drug use.

Safety risks. Teens are more than twice as likely to be in car accidents if they’re tired while they’re driving or haven’t slept well.

This projected economic benefit of later school start times is tremendously important, and should help the implementation for middle and high-school students around the country. Given the importance of sleep for teenagers—and the difference 30 minutes or an hour of extra daily sleep can make to their health and safety—there’s a great deal more than dollars at stake. How to Stop Sleep Paralysis For Good 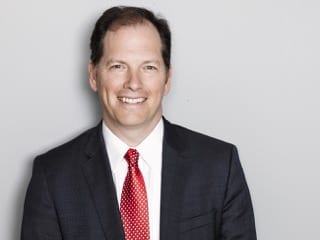 How Much Sleep For Teens?

The Serious Risks of Low Sleep in Teens